Each pinwheel is formed from folding one fabric, pinning it in place and then sewing the seams. Once the pinwheel is formed, you could either tack down the corners or do what I did in both examples below, roll the edges down and hand stitch them to form the curve. 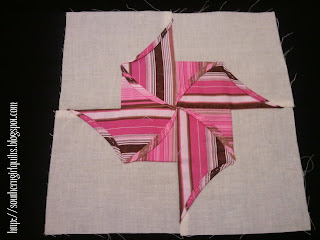 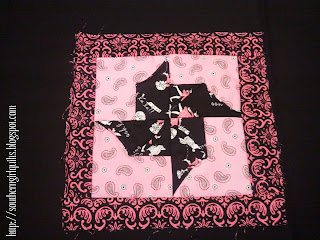 PostScript -- As a favour to someone, I'm working on a tutorial on how to make this simple block. Hopefully I will have it done by the end of the month.
Posted by Candace at 9:44 PM